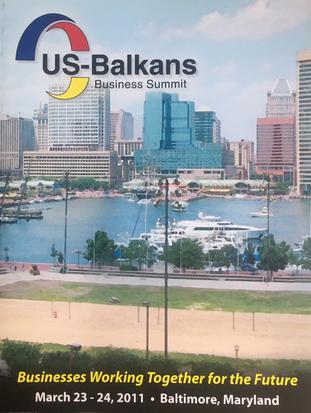 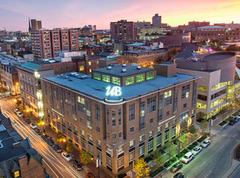 The Western Balkans – Albania, Bosnia and Herzegovina, Croatia, Kosovo, Macedonia, Montenegro, Serbia and Slovenia – has reached a turning point in its overall business and economic development. In the wake of the wars in that region., the opening of the Western Balkans countries fundamentally altered the political and economic landscape of Europe, and the region has been transformed into a marketplace with dynamic growth, attracting a significant amount of foreign direct investment. The overall purpose of the US – Balkans Business Summit was to help reinforce broad-based and effective cooperation among the countries in the Western Balkans, strengthen economic and commercial ties between the United States and the region, and assist in the mainstreaming of all the Western Balkan countries into Europe.Through various panel discussions and workshops the summit assisted in developing a dialogue to further increase trade and investment between the Western Balkans and the United States.The summit was a key meeting place for senior-level private sector representatives and government officials from the Western Balkans and the United States. Because trade and investment is a “two-way street”, time was also be spent exploring with businesses from the region how they can best conduct business in the United States. The goals of the US – Balkans Business Summit were:• To promote a dialogue between the business world and the Western Balkan political scene;• To enable American and Western Balkan businesses to meet decision-makers face-to-face and to enhance the visibility of their business;• To improve participants’ knowledge and understanding of Western Balkan affairs; and• To strengthen an environment of confidence amongst government and private business leaders, non-governmental organizations, and academics, in order to reinforce the United States and Western Balkan economic model.Those attending:• Meet high-level decision makers; • Developed business opportunities; • Expanded their personal and professional networks; • Were updated on the latest Western Balkan issues;;• Attracted public and private funding, and • Received media coverage. ​

The University of Baltimore, located in midtown Baltimore, Maryland, in the Mt. Vernon neighborhood at 1420 N. Charles Street, is part of the University System of Maryland. Wikipedia